A man’s uneventful life is disrupted by the zombie apocalypse.

The lone survivor of an onslaught of flesh-possessing spirits holes up in a cabin with a group of strangers while the demons continue their attack.

Affable hillbillies Tucker and Dale are on vacation at their dilapidated mountain cabin when they are mistaken for murderers by a group of preppy college students.

A man is accidentally transported to 1300 A.D., where he must battle an army of the dead and retrieve the Necronomicon so he can return home.

After moving to a new town, two brothers discover that the area is a haven for vampires.

A boy inadvertently breaks three important rules concerning his new pet and unleashes a horde of malevolently mischievous monsters on a small town.

After an odd new medical student arrives on campus, a dedicated local and his girlfriend become involved in bizarre experiments centering around the re-animation of dead tissue.

Natives of a small isolated town defend themselves against strange underground creatures which are killing them one by one.

After a tragic car accident that kills his wife, a man discovers he can communicate with the dead to con people. However, when a demonic spirit appears, he may be the only one who can stop it from killing the living and the dead.

A young group of monster fanatics attempt to save their hometown from Count Dracula and his monsters.

After a highly unusual zombie saves a still-living girl from an attack, the two form a relationship that sets in motion events that might transform the entire lifeless world.

A bride’s wedding night takes a sinister turn when her eccentric new in-laws force her to take part in a terrifying game.

Five interwoven stories that occur on Halloween: An everyday high school principal has a secret life as a serial killer; a college virgin might have just met the guy for her; a group of teenagers pull a mean prank; a woman who loathes the night has to contend with her holiday-obsessed husband; and a mean old man meets his match with a demonic, supernatural trick-or-treater.

Three single women in a picturesque village have their wishes granted, at a cost, when a mysterious and flamboyant man arrives in their lives.

On a quiet suburban street, a babysitter must defend a twelve-year-old boy from intruders, only to discover it’s far from a normal home invasion.

A small town is taken over by an alien plague, turning residents into zombies and all forms of mutant monsters.

The events of one evening take an unexpected turn for the worst for a young boy trying to spy on his babysitter.

When a nice new neighbor moves in next door, Charley discovers that he is an ancient vampire who preys on the community. Can he save his neighborhood from the creature with the help of the famous “vampire killer”, Peter Vincent?

A ski vacation turns horrific for a group of medical students, as they find themselves confronted by an unimaginable menace: Nazi zombies.

A group of men, heading to a remote village to help one of their friends get over his divorce, soon discover that all the women have been infected with a virus that makes them man-hating cannibals.

After crash landing near a desert town, an alien enlists the help of a local waitress to re-capture a monster that escaped from the wreckage of his space ship.

A newly possessed high school cheerleader turns into a succubus who specializes in killing her male classmates. Can her best friend put an end to the horror?

Their women having been enslaved by the local pack of lesbian vampires thanks to an ancient curse, the remaining menfolk of a rural town send two hapless young lads out onto the moors as a sacrifice. 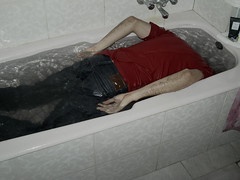 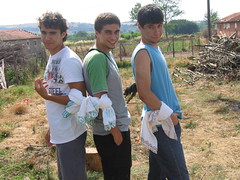 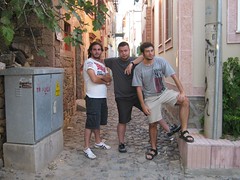 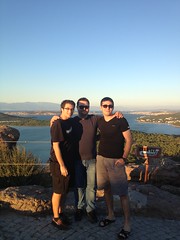